PONCE, Puerto Rico — There was a time not that long ago when visitors to Puerto Rico’s second largest city were cautioned not to stray from the central plaza after dark. Many of Ponce’s ornate 19th century buildings were vacant and falling to pieces, and the poorly lit streets were made even shadier by some of the characters who roamed them looking for handouts or worse.

What a difference a few years make. Ponce has undergone a dramatic recovery that has restored its status as La Perla del Sur (The Pearl of the South) and made it a destination that rivals San Juan in culture and history.

Throughout the 19th century, Ponce was a thriving port town, attracting European and Latin American plantation owners, rum makers and merchants. Their wealth helped create a colonial cityscape of shady plazas and stunning architectural confections, combining rococo, neoclassical and Spanish revival styles. By the time the U.S. gained control of Puerto Rico in 1898, Ponce was the island’s largest city and financial center. All that changed soon after when the island’s shipping operations were centralized in San Juan. A downturn in the local sugar and coffee industries followed; then came hurricanes and strife between the U.S. and the local Nationalist Party. Thus began Ponce’s long, slow slump.

But during the 1990s, a multi-million-dollar revitalization project was undertaken and the results today are dramatic. Historic homes have been restored and freshly painted in pastel shades of yellow, blue and green. Plazas have been spruced up and new parks built. Downtown is thick with pedestrians patronizing new shops and restaurants. A trolley transports tourists to points of interest around town.

On one corner of Plaza de las Delicias, a colonial structure built in 1882 has been transformed into a full-service hotel by Ramada International. On another corner is the entrance to Paseo Atocha, a pedestrian street mall chockablock with shops selling clothing, housewares, electronics, jewelry and shoes. The sidewalk is lined with street vendors beneath brightly colored umbrellas selling fresh flowers, lottery tickets and sundry tchotchkes. At the end of the walk, just a few blocks from the plaza, is Nueva Plaza de Mercado Isabel II, a recently restored indoor marketplace built in 1863. Here, vendors sell fresh produce, meats and seafood. There are also several very good food stalls serving fresh fruit frappes, empanadas (fried meat or cheese turnovers) and heaping plates of savory rice and beans.

In the evenings, the plaza thrums with activity. On any given night, you might find a five-piece band playing salsa music, a street preacher trying to save souls or jewelry makers selling their wares. And always there are families with small children, clusters of teenagers and young couples strolling the plaza’s perimeter, tossing coins in the fountain or resting on benches. Many of them eventually wind up at King Cream overlooking the plaza. The longstanding ice cream shop specializes in tropical flavors from pineapple to passion fruit. 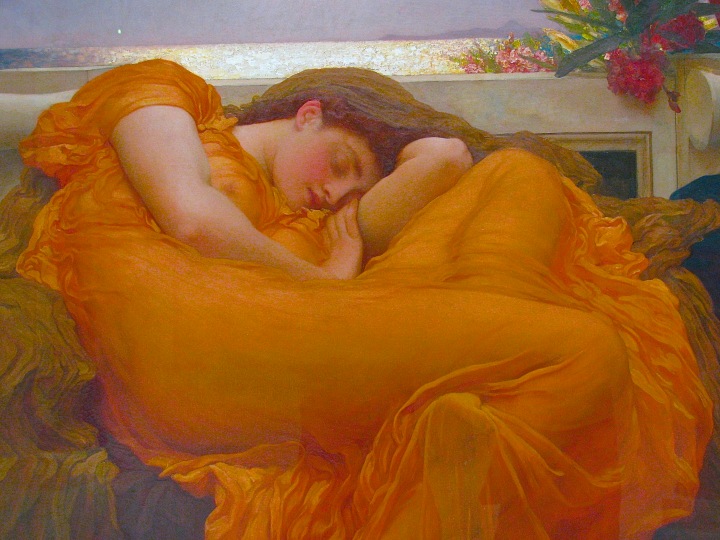 A testament to Ponce’s rich history and deep cultural roots are the city’s many museums, devoted to music, history and art. But the 800-pound gorilla in town is Museo de Arte de Ponce. Recently renovated and expanded to the tune of $30 million, the institution boasts an astonishing collection of 3,000-plus pieces of European and North American artwork spanning from the 14th century to the present. The museum specializes in Italian baroque, British Pre-Raphaelite and Puerto Rican artworks. Its signature piece, which is plastered on T-shirts, coffee cups and mouse pads in the gift shop, is the 1895 classicism painting “Flaming June” by Briton Lord Fredric Leighton. But its spotlight was recently usurped a bit by the new acquisition of “Brush Strokes in Flight,” a 28-foot sculpture by Roy Lichtenstein.

In the heady days of Ponce’s prime, as many as 50 plantations operated in the area. Recently, some of them have been brought back to life as farms serving the island’s growing artisan coffee industry. But a reminder of the area’s 19th century agrarian roots can be found 15 miles north in the foothills of the Cordillera Central mountain region.

Tucked into the lush tropical forest, thick with lizards and birds, is Hacienda Buena Vista, a restored coffee plantation established in 1833. After the industry crashed in 1897, the operation declined and the land was expropriated by the government, which divvied much of it up into smaller lots and sold it to local farmers. The buildings and machinery remained abandoned until 1984 when the Conservation Trust of Puerto Rico took it over and began the painstaking process of restoring the plantation house, millworks, drying tables and machinery to their 19th century glory. Today the Trust gives guided tours of the property, as well as guided hikes and bird-watching expeditions on the grounds.

In many ways, Ponce is the antithesis of San Juan, the island’s more popular destination. San Juan is a cosmopolitan city with flashy nightclubs, pricey restaurants and a fast-paced, “Americanized” vibe. Ponce’s charms unfold more slowly, recalling another era when elegance and civility were prized traits, and strolling along the promenade of the central plaza was the perfect way to end the day.

Published Oct. 20, 2012, in the Atlanta Journal-Constitution