CUMBERLAND ISLAND, GA. — On the southern end of the conch shell-shaped island off the southern coast of Georgia, veteran National Park Service ranger Pauline Wentworth conducts a tour of Dungeness, the massive ruins of a 59-room Queen Anne-style house built by Thomas and Lucy Carnegie in 1885. Constructed from tabby, a building material made from oyster shells and ash, the home was vacated in 1925 and burned in 1959, allegedly a result of arson.

Today it is a ghostly reminder of an era when the Carnegie family owned most of Cumberland Island, and Dungeness–its grounds appointed with rose gardens, fountains, marble patios, gazebos and a swimming pool — was the site of formal dinner parties, croquet tournaments and horse races.

Accessible only by ferry or private boat, Cumberland is a 17.5-mile-long barrier island bereft of commercial enterprises like grocery stores, restaurants and hotels–with one exception, the small, exclusive Greyfield Inn. The only way to get around is by foot or bicycle, available for rent from the National Park Service, and how better to spot the great blue herons, wild turkeys and peregrine falcons that nest here? When she’s not giving tours of Dungeness, Wentworth sometimes checks in campers staying at the island’s wilderness sites or at Sea Camp, a 16-site campground with facilities tucked beneath the gnarled limbs of live oak trees cloaked in Spanish moss. No more than 300 visitors are permitted on the island at any one time, and day visitors without confirmed overnight reservations are turned back on the afternoon ferry.

Before the National Park Service secured a private contractor to conduct its Lands and Legacies Tour, Wentworth, whose standard issue uniform consists of green slacks, khaki shirt and wide-brimmed campaign hat, used to drive the van. The tour includes a peek inside Plum Orchard Mansion, the 106-room Georgian Revival structure built by Lucy Carnegie for one of her sons. It then travels to the north end of the island to Settlement, once home to the African-American employees of the Carnegie family. Few structures remain there today, but one that does is the tiny First African Baptist Church, where John F. Kennedy Jr. famously married Carolyn Bessette in 1996.

Within sight of what’s now called “the Kennedy church” is the weathered, ramshackle home of 74-year-old Carol Ruckdeschel. Since 1973, the former Atlantan has carved out a living on the island, using her strong, ropy hands to build her cabin, as well as grow and catch her own food. 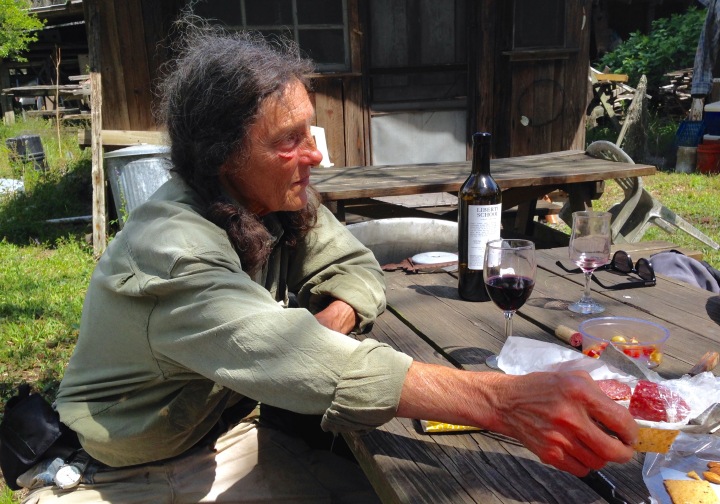 A biologist and environmental activist with icy blue eyes and salt-and-pepper hair twisted into pigtails, Ruckdeschel (it rhymes with turtle shell) is credited for helping establish the Cumberland Island National Seashore in an effort to protect the 36,000-acre island comprised of saltwater marshes, dense maritime forest and powdery white-sand beaches.

She is also a passionate protector of the island’s 9,800-acre wilderness area and an outspoken opponent to anything she deems inappropriate usage, including the Lands and Legacies Tour that passes through what was once part of the wilderness.

Lately, she has been advocating for removing the island’s 175 or so feral horses. The descendants of domesticated horses abandoned in 1949, the animals appear malnourished and scar the land in their search for food. Last year, Cumberland Island National Seashore superintendent Gary Ingram proposed removing the horses, but a public outcry has stalled the effort.

It is an example, at least philosophically, of an issue on which the National Park Service and Ruckdeschel agree. Oftentimes, they are in opposition. It is an uneasy relationship that has Ruckdeschel openly criticizing the agency for some of its practices, such as controlled burns in the wilderness area, and then delivering a bag full of grapefruits plucked from a tree in her yard to the rangers at Sea Camp.

While Ruckdeschel and the National Park Service play out their awkward pas dedeux over wilderness management, well-heeled guests arrive by private ferry from Fernandina Beach, Fla., to loll around the oversized porch swings at Greyfield Inn, waiting for a bell to summon them to dinner. Operated by Carnegie heir Oliver “Mitty” Ferguson and his gracious wife, Mary Jo, Greyfield Inn was built in 1901 as a private home for one of Lucy Ferguson’s daughters. In 1962, it became an inn, offering visitors the opportunity to sleep like a steel magnate’s heirs in the 10-guestroom mansion and two cottages. During the day, guests have 200 acres of private land spanning from marsh to coast on which to play. 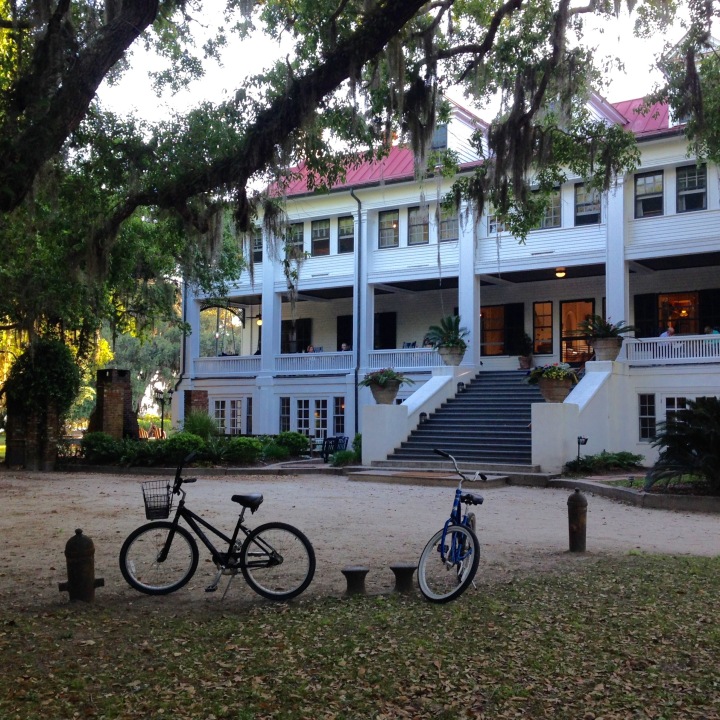 The National Park Service, Ruckdeschel and the Greyfield Inn represent three primary forces — tourism, preservation and commerce — that have shaped Cumberland Island’s recent history, and sometimes those interests have been at odds. At the core of their differences lies the tension between preservation and accessibility. Protecting the wilderness from man’s encroachment while still making it accessible for the public’s enjoyment is a knotty endeavor, and opinions differ on how best to achieve that fragile balance. The passion with which each of the stakeholders defends their various stances speaks to the unparalleled, pristine beauty of this spectacular island that — despite human presence — appears for the most part untouched by mankind. The rarity of that and the desire to preserve and share it seem more than worthy of their convictions. In the end, so far, visitors have reaped the benefits of their efforts.

Published June 19, 2016, in The Atlanta Journal-Constitution.
This story is one in the nine-part series, Discover Georgia’s Barrier Islands.