Skip to content
SAPELO ISLAND, GA — Belle Marsh. Lumber Landing. Shell Hammock. Raccoon Bluff. The names of the slave and freedmen communities on Sapelo Island are as poetic and picturesque as the canopy of Spanish moss that covers this oblong-shaped island off the central coast of Georgia.

The names speak to a way of life shaped by a spiritual connection to nature. But they also echo with heartbreak and upheaval handed down by slave owners and industrialists whose actions helped erase those communities from the island.

Since it was purchased from the Creek Indians by the British Crown in 1733, Sapelo Island has passed through a dozen or so white men’s hands, three of particular note: plantation owner Thomas Spalding, who brought over 385 slaves; automotive industrialist Howard Coffin, who ran several commercial agricultural operations here; and tobacco magnate R.J. Reynolds, who lived on the island part time.

But it was the freedmen and their descendants, originating from enslaved West Africans brought here in 1802, who have maintained the only continuous community on the island, despite a series of challenges that continue today.

At one time, 480 descendants lived throughout the island. Now they number less than 50, and all their homes are in Hog Hammock (Hogg Hummock to locals), a 434-acre area on the south end of the island, where Reynolds relocated homeowners in a forced land swap in the ’50s and ’60s.

Today Hog Hammock represents Georgia’s only remaining community of coastal West African slave descendants, whose culture they call Geechee, most likely a reference to the Kissi ethnic group of their homeland. And its future is precarious as increasing property taxes and lack of economic opportunity have driven residents to the mainland.

Efforts are underway to change that. The Sapelo Island Cultural and Revitalization Society is working with a group from Clemson University to grow and harvest Purple Ribbon sugarcane, a crop once raised here by Spalding’s slaves. The hope is it will become an income-generating operation, which could help stabilize the community.

In her memoir “God, Dr. Buzzard and the Bolito Man, ” lifelong Sapelo resident Cornelia Walker Bailey describes some of the characteristics that distinguish Geechee culture: a lyrical pattern of speech, belief in the supernatural, faith in the healing properties of nature and a rich tradition of storytelling designed to make the listener laugh or learn a lesson.

Casual visitors to Sapelo hoping to steep themselves in that culture may be hard pressed to locate it. What they’ll find in Hog Hammock is a quiet, shady community of wood houses and trailers with a couple of empty community buildings, some small fields of crops and a modest convenience store/ snack bar that opens just a few hours a day.

The best way to get a taste of Geechee life is to visit on Culture Day, held every third Saturday in October on the grounds of the First African Baptist Church. It’s a homecoming of sorts for friends and former residents of the island who come back for a day of music, dance and old-time ring shouts, a traditional call-and-response style of singing accompanied by hand-claps and shuffling dance moves. Other festivities include demonstrations of fish net and basket making, while food vendors serve up helpings of pigs’ feet, ribs, shrimp, red rice and red peas.

There are plenty of other reasons to visit Sapelo, though, not the least of which is the stunning beauty of the island’s wide wilderness beaches and dense maritime forests, thick with live oaks and palm trees.

With the exception of privately owned Hog Hammock, Sapelo belongs to the state of Georgia and is managed by the Department of Natural Resources (DNR). The island is home to the University of Georgia Marine Institute, as well as a 6,100-acre National Estuarine Research Reserve. 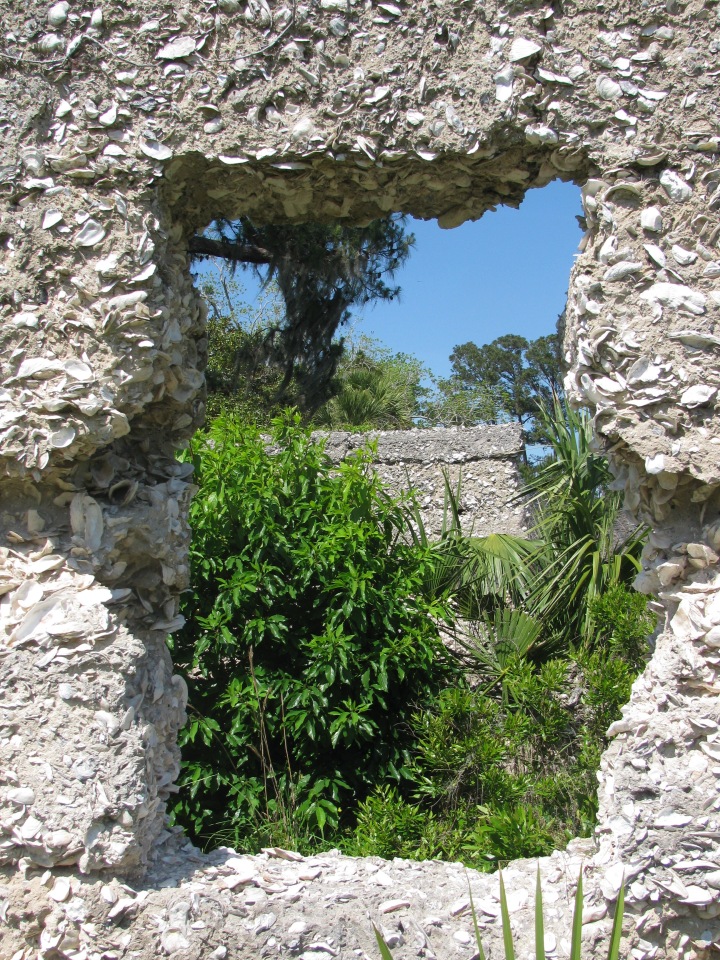 On the north end of the island overlooking Mud River are the remains of Chocolate Plantation, featuring the ruins and foundations of tabby slave houses and a huge tabby barn. The land was first occupied by a group of Frenchmen in the late 1700s who named it after Chucalate, a Guale Indian village on the island. Used primarily to grow cotton, the plantation was established in 1819 and had a number of owners over the years, including Spalding and Coffin. Next to it is a Sears Roebuck house purchased from a catalog and constructed from a kit that dates back to the 1930s.

Just north of Chocolate Plantation is the oldest structure on Sapelo Island — a massive Native American shell ring constructed not only of shells but bone, pottery and refuse from dwellings including whole hearths. The ring measures 10 to 13 feet high and more than 300 feet in diameter. Its exact purpose remains a mystery, but carbon dating estimates it to be 3,000 to 4,200 years old. 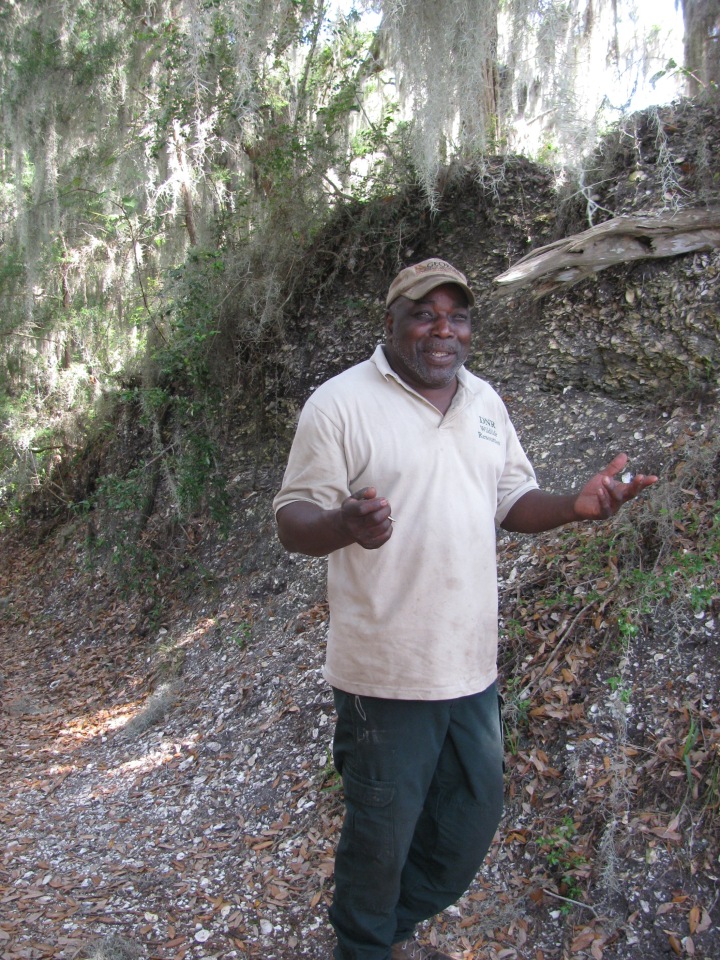 One of the most significant structures on Sapelo is Reynolds Mansion, a 13-bedroom, white-columned dwelling on a 110-acre wildlife reserve. The site was first home to Spalding, whose original tabby structure, made from oyster shells, was destroyed during the Civil War. Coffin rebuilt on the site in 1912, and Reynolds bought it in 1934. He had it modified by Atlanta architect Philip T. Shutze, who hired renowned bird artist Athos Menaboni and his wife, Sara, to paint murals on the interior walls. Today the state rents the mansion to groups for overnight stays.

The easiest way to see the sights of Sapelo is to take a tour. Visitors can also hike or bike the island, which is 11 miles long and 4 miles wide. There are no car rentals available, but golf carts can be rented through Sapelo Go, although they are restricted from the north end of the island.

Getting to the island requires taking a ferry from Meridian dock near Darien, and passage must be arranged by an island resident or the DNR once visitors have booked a tour or overnight stay. And all provisions must be brought from the mainland; there are no restaurants or grocery stores here.

Whether it’s history, culture or recreation that brings visitors here, they are advised to fully unplug on Sapelo. A big part of the island’s charm is the bewitching tranquility of its natural beauty.

Published June 25, 2016, in The Atlanta Journal-Constitution.
This story is one in the nine-part series, Discover Georgia’s Barrier Islands.